Thrissur, the cultural and economic hub of Kerala, boasts of several religious and historical delights as well as many natural surroundings. It has three wildlife sanctuaries- the Peechi Vazhani Wildlife Sanctuary, the Anakotta Wildlife Sanctuary and the Chinmony Wildlife Sanctuary. They are home to a wide variety of flora and fauna.

The rejuvenating natural beauty and wildlife of the Peechi-Vazhani Sanctuary is a spectacle one cannot afford to miss in Kerala. 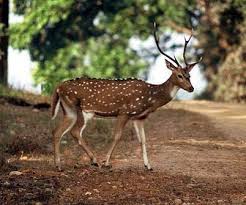 Located at a distance of roughly twenty kilometres East of Thrissur, the Peechi Sanctuary is one of the oldest in and around the district. It was established in 1958 and is spread over a sprawling 125 sq. kms of land encompassing the Palapilli-Nelliampathy forests. It also forms the Northern boundary of the Chimmony Wildlife Sanctuary. The sanctuary is administered by the Wildlife Division of Peechi, falling under the Palakkad Wildlife Circle.

The Peechi Sanctuary had been formed by bringing together portions of Peechi, Pattikkad and Machad Ranges of the Thrissur Forest Division in the August of 1958. However, historically, till the advent of the nineteenth century, Peechi’s forest cover was under possession of the Feudal Chief Naduvachira who had pledged allegiance to the Raja of Cochin. With the integration of Travancore and Cochin in 1949, however, the entire forest area of Cochin was constituted into the Chalakuddy and Thrissur Divsions.

All of nature’s elements combine beautifully at the Peechi Wildlife Sanctuary. Nature has bestowed this place with a great variety of its best gifts. In addition to a wealth of plants and animals, there are various peaks in the forest, and what’s more, a natural lake where boating can be enjoyed is also present.

The fauna here includes over 30 species of mammals like carnivores - the tiger the leopard, and the fox, and herbivores like the barking deer, spotted deer, deer, elk, elephant and the bison. In addition, to that, more than sixty species of birds and ten species of snakes are found here. The forest cover is a combination of Evergreen, Semi-Evergreen and Moist Deciduous trees. There is a rich treasure consisting of more than 50 different kinds of orchids, innumerable rare medicinal plants, teak, rosewood in the Sanctuary.

Accomodation facility for visitors is available at the Peechi Rest House. There are plenty of options to choose from Hotels as well. Some of the closest ones are:

By Road: A road named Peechi Kavala goes straight to the Sanctuary. Peechi-Vazhani Sanctuary lies in the catchment areas of Peechi and Vazhani dams in Thrissur District. The headquarters of the sanctuary is 15 km by road from Thrissur.

By Air: Kochi is the nearest airport (at a distance of 98 kilometers)

By Rail: The nearest railway station is at Thrissur or Chalakkudy (at a distance of 23 kilometers). A taxi can be hailed from Thrissur which will charge approximately 750INR for the distance of approximately 40.2 Kms from the station to the sanctuary.

The other wildlife sanctuaries include:

Just a couple of kilometres from the Guruvayoor Temple, this is a unique sanctuary that covers ten acres of abundant coconut groves providing a peaceful and safe environment for about 80 elephants. The sanctuary and the elephants belong to the Guruvayoor temple and the facilities and management are taken care of by the temple board. Visitors can go around the sanctuary seeing elephants of all sizes and natures; most of them are friendly and gentle, some are indifferent while a few are very aggressive and need to be chained for certain periods. It is an experience of a lifetime seeing so many of these gentle giants at one time.

This sanctuary nestles on the Nelliyampathi Hills on its western flanks. Established in 1984, this sanctuary extends to over 200 kms adjoining the Peechi Vazhani Wildlife Sanctuary and the Parambikulam Wildlife Sanctuary, the Chinmony has the watershed areas of the Mupliam and Kurumali rivers and has the Chinmony Dam within its boundaries. Chinmony is ecologically of great importance for its abundant and rich wildlife; it has recorded over 192 avian species and is a popular destination for birdwatchers and researchers.