Kerala is known as the ayurvedic capital of the world as it makes an array of these medicines and are sold all over the world. Ayurveda is a branch of medicine that deals with utilizing natural ingredients to make medicines for an array of illnesses and is also used for many cosmetic purposes.

Ayurveda dates back to more than 5,000 years back, as it is known to be slightly more effective than english medicine. Although the latter has taken over a large part of the market and has even replaced the popularity that ayurvedic medicines once possessed, it is, however, again seeing a study rise in popularity and taking on board newer and newer consumers everyday. 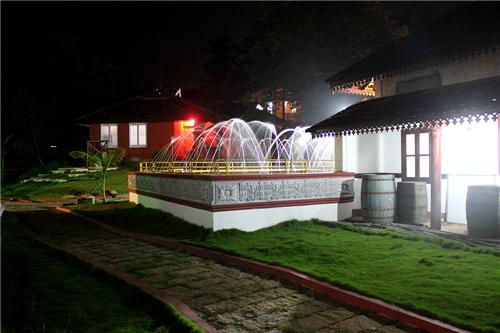 This particular science of medicine has been a familial tradition for several hundred years where fathers and grandfathers would pass on the science to their sons and grandsons. Similar tradition is still rife in many colleges in Kerala and one such ayurvedic venture is the Museum that was established by the Ashtavaidyan Thaikattu Mooss Vaidyaratnam Group of Institutions. This museum is located at Thaikkattussery which is close to the Ollur district in Thrissur.

The museum was inaugurated as recently as 27th December 2013 by the ex-President of India APJ Abdul Kalam. It was inaugurated on the 100th birthday celebrations of one Mr. Sri E.T. Neelakantan Mooss who is founder of the Vaidyaratna and a wonderful ambassador of Ayurvedic sciences.

The museum mainly exhibits a large collection of ayurvedic scripts that belong to ancient eras and also a detailed history of the science of ayurveda.

There is also a dedicated section to Sushrutha which is the Sanskrit word for surgery. There is a picture gallery for the same that shows the various non-invasive surgery techniques that ayurveda adopts as well as a 3D gallery that is present here has an audio-visual theater and can hold up to forty people at once. There is also a digital library that houses many ebooks.

It is a great center for learning and tourists will have a great time in understanding the various offerings of Ayurveda in terms of providing alternative therapies that help in accelerating the recovery process.

The museum also has has a huge library of several manuscripts based on authentic Ayurveda. These are genuine sciences that are adopted by ayurvedic doctors.

This place is a must visit for tourists as it offers not just a museum but also educates on the various benefits of ayurvedic medicines.