Thrissur being the cultural capital of Kerala, is home to various arts and culture related outlets. One such being the Mural Art Museum, that is located inside the Kollengode Palace. This happens to be the only such museum in South India that is exclusively dedicated to display murals. These murals are not just contributed by local artists but by artists from the world over. Murals refer to paintings being directly done on the walls and other such permanent fixtures. The museum not only plays host to these beautiful permanent paintings but also has on display various framed ones as well. 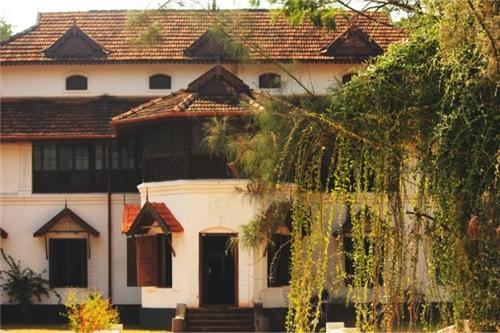 This museum was started to not just encourage the existing artists and give them a good platform to display their artworks but also to motivate youngsters to take up the artform and appreciate its true beauty. Murals are ideally done on public walls and meant for public display as they capture the various moods and hues of the society as a whole.

From large ones showcasing Lord Krishna assuming various poses to colourful borders that decorate the walls, this museum is a treasure trove for all art enthusiasts. Bright colours and several styles such as Tanjor paintings are the flavour of the museum.

The museum was established in 1938 and was a part of the Shree Mulam Chithrasala but was officially opened to the public in 2009; the Demolli art studio was commissioned to make a few large sized murals. It is now part of the Archeological society of India. 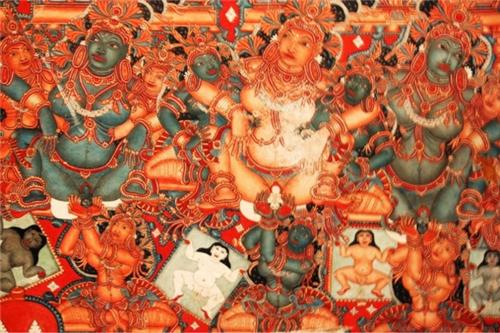 Apart from all the murals, the museum also houses several rare manuscripts that were written on palm leaves, old utensils and tools, rare relics that were excavated from the Harappa Mohenjodaro dynasty and also from Kodungallur.

This museum forms a very important part of the cultural diversification of Thrissur and is an absolute must visit!