The city of Thrissur is steeped in history and has deep rooted cultural and traditional diversity.

Since time immemorial, Thrissur has played host to several emperors and rulers who have left behind one legacy or the other and helped in carving out a wonderful city.

Right from the legendary warrior Tipu Sultan to the Portugese empire, Thrissur has had a slew of invasions with the latest one being that of the Britishers.

Raja Rama Varman who is better known as Sakthan Thampuran is said to have laid down the foundations of the city which was previously known as Thrissivaperur. 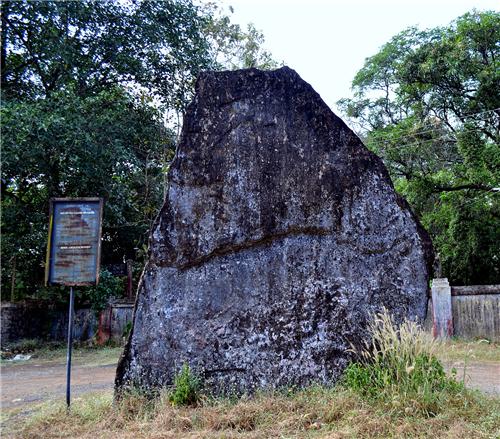 The term ‘Thirussivaperur’ comes from the words Thrissiva and 'ur' meaning the land of Lord Shiva. The Vadukunathan temple that is located here, is one of the main temples for all Hindus who worship Lord Shiva and belong to the Shaivaites sect.

Although known as Thrissur now, it went from being called Thirusivaperur to Trichur, as the Britishers who invaded India chose to anglicize most names of Indian states to make it convenient for them to pronounce.

The city of Thrissur traces its history to the time of stone age which started circa 6000 BCE and ended circa 2500 BCE. A handful of monoliths which are believed to have been cromlechs used by man from during that period of time to construct stone monuments are present all over Thrissur. These stones are still in great shape and are under the care of the Archaeological Survey of India, who regard them as being precious historic souvenirs that hold the key to the past.

Thrissur then became an abode for many other civilizations and played an important role in connecting India to the rest of the world. Not only did it serve as a port for outside trade, it also opened up avenues for other civilizations such as the Greeks, Romans and the Arabs to disperse their cultural diversity. The city, therefore, became the home of impeccable culture and is still referred to as the Cultural capital of Kerala.

The Christians and the Muslims, played a big role in shaping up the religious sentiments of Thrissur. They built various churches and mosques which are still widely used and are seen as heritage sites. 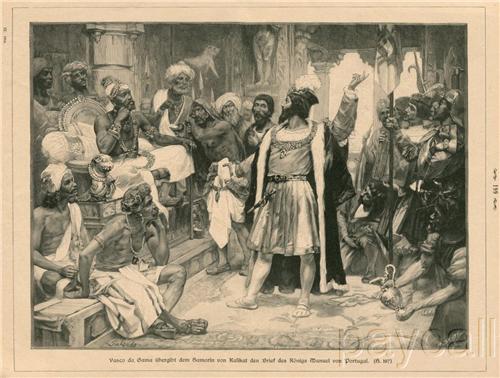 During the Christian rule, the Chera Dynasty slowly began to set foot in Thrissur and in no time began to spread out and establish it as their home. They ruled over the city from 8th Century AD to 12th Century AD during which time Thrissur served as the empire’s capital. They had named the city as Mahodayapuram and the then ruler of Chera empire named Kulashekara Varman had put in a lot of effort in turning the city into a place of science and learning. Shankarnarayana, who was their resident astronomer had successfully built a fully functioning observatory which he had built with the use of various works of Aryabhatta.

At the end of the 12th Century, the Chera Dynasty was on its last leg and was struggling to hold on to Mahodayapuram as its capital. Soon the Chola Dynasty took over and established their capital in the city. The Perumpadappu kingdom then ruled the city from 13th century AD to 15th century AD. Many historians have successfully linked the Perumpadappu ruler as being a close relative of the Cheras and thus most people in Thrissur are now considered to be the descendants of these very empires.

During the Perumpadappu rule, the city witnessed the birth of a new era known as the Padu Vapu era. But things took a turn for the worse in circa 1341 AD when magnanimous floods eroded the city, causing sedimentary deposits on its shore which deemed the port unusable to carry out trade. The floods worked counter intuitively towards the fates of Thrissur and the city of Cochin. The latter was deemed useless for trade owing to sand banks that separated it from the backwaters which were eroded and wiped out by the floods causing it to be used as a gateway to the rest of the world and the former was the main port for India but was deemed useless post the floods because of heavy silt deposits. This in turn caused the downfall of Thrissur as being a trading port.

The ruler of Cochin is then said to have welcomed the Portuguese captain, Mr. Pedro Alvarez Cabral with open arms and provided him with certain liberties and facilities with regard to trade.

His ulterior motives consisted of annoying the Samorin of Calicut who immediately raised an objection and asked for the Portuguese to be dislodged out of Cochin.

The war continued for a good 40 years viz. December 1500(when the Portuguese arrived) to 1540. The Portuguese however changed loyalties all throughout and had alliances with the Samorin which did not sit well with the ruler of Cochin.

The Portuguese had managed to capture a large part of Thrissur by the end of the 1500s and were regarded as being a great force to reckon with, by the local rulers.

They continued their rule until the 17th century when the Dutch slowly began to invade Kerala. The Samorin Dynasty allowed the Dutch to gain a strong foothold in Thrissur which caused a study phasing out of the Portuguese. They also received support from the rulers who belonged to other states in Kerala who saw the Dutch as powerful rulers who could completely ouster the Portuguese force from Kerala.

With the help of the Samorin, the dutch were successful in capturing Cochin and handed it over to the royal family. They then appointed prince Kerala Varman Mootha Thavazhy as the king of Cochin. The king entered into various treaties with the Dutch in the years 1673 and 1674 which caused them to attain greater powers and further strengthened their foothold in Kerala. This power meant that they could successfully fight off the Portuguese and cause them to exit the country.

Subsequently, the Samorin and the Dutch occupied a large part of Kerala which were to be rightfully handed over to the ruler of Cochin. That however did not happen as the Samorin objected to it as he wanted the ruler to sponsor all the expenses. The Dutch did not approve of it and thus cracks started to develop in the relationship between the Dutch and the Samorin. The Dutch defeated the Samorin and ceased all the land that was under his spell. They handed it over to the King of Cochin in 1718.

That did not last too long as the Samorin was a very powerful force who with full vengeance attacked the King and his forces and re-occupied Thrissur. This in turn angered the King of Cochin who struck a deal with the ruler of Travancore to vanquish Samorin. They succeeded in doing so and it marked the end of the Samorin. 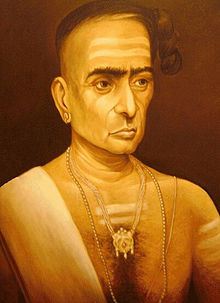 Raja Rama Varman, better known as Sakthan Thampuram, is credited to have laid the Foundations of modern day Thrissur. He came into power in 1769 and took care of all the administrative functions of Cochin. He was crowned as the king of Cochin in 1790 and as soon as he took to the throne, he started to alter the various functionings of the entire state and established law and order.

Soon, trouble started to brew as the king of Mysore, Haider Ali, started to take over the state of Cochin. This resulted in Cochin being imprisoned by Mysore.

His son Tipu Sultan then took over from his father after his death and continued to invade Cochin. He asked Raja Rama Varman to help him invade Travancore to which Raja did not agree as he had a well established relationship with the ruler from there.

This greatly angered Tipu who invaded the rest of Kerala and conquered a large part of it and made Thrissur the capital of his empire. He, however, could not establish his full control over the city as he was forced to leave abruptly to defend his empire in Srirangapatnam.

Taking advantage of the situation, Raja Varman is said to have entered a treaty with the Britishers to help him ouster Tipu. After the death of Raja Rama Varman, his successor then entered another treaty with the British which meant that they now gained full control of Thrissur and it was part of the British empire. This caused a complete change up in the various administrative wings of the city and it came to be known as Trichur.

The city of Thrissur then turned into a battle ground for devout Indians who wanted to reclaim their land by freeing it from the clutches of the British. Thrissur became one of the main cities to launch into a struggle to garner freedom, which caused the setting up of a functioning Indian National Congress committee in 1919.

Thrissur was the home for the Civil Disobedience Movement where a large crowd of local freedom fighters showed courage in the face of adversity. Many of them were arrested by the Britishers and jailed unlawfully but they did not let it hamper their spirit and continuously fought for freedom. The struggle continued for the following several years and included the Thrissur Satyagraha that took place in 1931. Six years later, a big scale political meet took place in the city which was presided over by Pattabhi Seetharamaya.

Several locals started to support the ideals of the Indian National Congress and the fight for freedom had reached a feverish pitch in Thrissur. Thrissur spearheaded the Quit India Movement and in 1942, on the 15th of August, an all inclusive meet was conducted in the city to raise mass objection against the arrest and jailing of the great freedom fighter Mahatma Gandhi. Thrissur played a very big role in freeing India from the clutches of the Britishers.

Modern-day Thrissur came into official being on the first of July in 1949. It incorporated several small villages that lay on its outskirts. It is now home to a vast population and is the cultural capital of Kerala. It is also economically very independent and home to several big companies and industries. 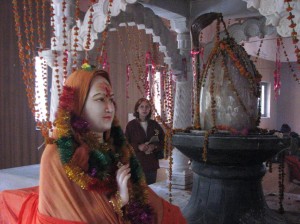 The great Hindu saint Adi Shankaracharya features prominently in the history of Thrissur.

Right from his birth to the time he took his samadhi (voluntary leaving of body), Thrissur has played a pivotal role all throughout his noble life. It is believed that his parents who were not able to conceive a child even after several years of marriage, decided to visit the Vadukunathan temple that is located in Thrissur and seek the blessings of Lord Shiva. Impressed by their devotion, Lord Shiva is said to have appeared in their dream and asked them to choose the type of child that they would prefer to have. One choice being that of a normal child who would live a long life or the choice of a special child who would accomplish great deeds but would not live long. His mother is said to have settled for the latter option and thus gave birth to Shankracharya.

Many people believe that the saint took his Samadhi in Thrissur and there is a place dedicated to him inside the Vadakunathan temple that has a statue of him sitting in front of a shiv ling.

That sums up the glorious history of the city of Thrissur.