Thrissur is one of the important health care hubs of Kerala. It caters to the medical needs of not only more than 2 million people of Thrissur but to the millions of people of the nearby areas of Palakkad, Malappuram and northern Ernakulam. It has the infrastructure, the technical staff and a number of very famous specialists in various fields of medicine. One of the interesting facts about the health care in Thrissur is the availability of medical care through the ancient medical systems besides being the allopathic system of health care. It had been one of the most known places in India for Ayurveda and it still holds the distinction of being a major centre of Ayurvedic care in Kerala. In fact it has for a long time been considered one of the hubs of medical tourism where people come from far off places to avail of the Ayurvedic facilities present. 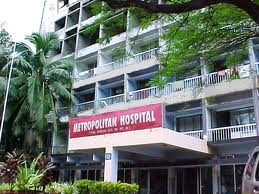 The Government Medical College and Hospital

The most important centre for the general health care of the masses is a government institution all over India. The same goes for Thrissur. The Government medical college Thrissur caters to a large number of commoners in the area. It was instituted in 1982. It has provided care to patients initially through its 300 bed facility and later through the 800 bedded hospital. It also looks after the rural community directly by having the Tholur, Ollur and Erumapetty rural health centre attached to the college. The hospital is equipped with the latest gadgets and medical machinery to provide informed services in diagnosis and prescription. It is also a well established maternity hospital attached to the medical college.

It is a multi-disciplinary hospital. It provides medical care through a dedicated team of professionals and experts in the field of their practices. The institute encourages research and it has developed an outreach programme to bring a team of doctors, nurses and technical professionals for a round-the-clock medical care of the millions who depend upon the expertise of its physicians. The infrastructure is state-of-the art modern and the services offered through 25 Operation Theatres, 210 ICU beds and a full range of cross-speciality consultations.

It is a private hospital which has been popularly named ‘the poor man’s hospital’. It is a non-profit institution which was founded in 1951 with the sole aim of making standard medical care available to the poor and needy as well as those who can afford. It is a charitable organization run by the Catholic Archdiocese of Thrissur. The hospital is being run by very dedicated staff. It has some of the best departments like Paediatrics, cardiology, obstetrics and gynaecology besides having all the major disciplines of treatment needed in a good institution.

500 beds, specialists of high calibre and a state-of-the art facility, this private hospital is considered to be a good place for the treatment of cardiac problems.

It is a 300 bed super-speciality privately-run institution near Vadakkechira Bus Stand Thrissur. The hospital was started way back in 1987 and 27 years hence the dedicated staff and astute management has improved the patient’s footfall so high that it has 80 full time doctors, 300 beds and several fully functional departments of cardiology, ENT, urology, obstetrics and gynaecology, paediatrics etc. working under specialists. The hospital being a multi super speciality unit, can offer the best trauma care in Thrissur due to the infrastructure available. It makes Ashwani hospital one of the most famous hospitals.

Established in 1991, the hospital has increased from strength to strength in providing better infra, more specialists and paramedical staff. It had 15 doctors to start with and now it has 65. It has developed from 15 to 70 departments and 100 beds to 400 today. Very good medical care is provided by the staff especially in Cardiology, Neurology, Nephrology, Gynaecology, Rheumatology and other generally required care by people.

The hospital is famous for initiating the greatly needed neuro-trauma centre in Thrissur. Westfort started it first. It has 2 more great firsts to its credit. It was the first institute to provide neuro-surgical care and the first to have the Spiral CT Scan machine in Thrissur. It is situated on the Westfort junction-named after the hospital. The institution was started in 1989 with 100 beds that eventually have improved to 250 today. It provides all the major and minor medical care in Thrissur.

Popularly known as CAM the hospital is famous for its affordable medical care. It is generally accepted that CAM has lived up to its motto of quality diagnosis and affordable treatment to common man. It is situated in good surroundings on Kanjani road 5 km from Thrissur. The hospital owes its existence to the Sri V.N.Nair an NRI who had his business establishment in Singapore but heart in Thrissur from where he originally hailed. He founded and funded the hospital in 1981 as a 45 bed hospital that has improved to 80 at present. It provides good care in general medicine and surgery along with obstetrics and gynaecology.

The hospital is famous for using all the latest medical care techniques. It is owned by the community and has wonderful infrastructure for in-patient. The hospital is equipped to provide 350 bed inpatients along with OPD facilities.

Ayurvedic and Homeopathic Care in Thrissur

Ayurveda is the oldest system of patient care. It has come to the world from the Vedas with the main treatise on medical care from the Yajurveda. It is the ancient wisdom of the sages and Rishis who arrived at their conclusions by ‘Tapasya’ and research. India had been and is the home of Ayurveda for millenniums and it has been proved to be one of the full systems of medical care inherited by us like the Chinese System and German homeopathic system. Thrissur has several institutions providing this facility. A list is given below for the same.

This is an Ayurvedic hospital situated at W palace road opposite Kousthbham Auditorium Thrissur. It is one of the best institutions providing the medical care through the ancient Indian system of medicine. People come from far off places to get treated for chronic illnesses here.

The Ayurveda is a holistic science of healing. The Thaikkattu Mooss family had been the precursor in this system with the founder of this venerable institute Ashtavaidya Sri Narayanan Mooss and Ittiravi Mooss. They were masters Vaidyas with all the 8 branches of Ayurveda known to them to practice and heal. In fact the title of Vaidyaratnam was awarded to Sri Narayanan Mooss in 1924 by the then British Viceroy Sir Reading. The Vaidyaratnam Aushadhsala was founded in 1941 by His son E.T.Neelakandham Mooss. He continued the family tradition and the Aushadhsala continued to grow under his patronage. He was awarded Padamsri in 1992 for his service to the cause of Ayurveda. The foundation now runs a medical college. The hospital provides health care in Ayurvedic system. It has a research foundation to further the work in Ayurveda.

This was started as a charitable cancer treatment centre in 1978. 26 years later it has turned into a unique treatment centre in Kerala because it has facilities for modern diagnostics, and other than Ayurveda it has facilities for homeopathic system also. The patients who are terminal with no hope left are treated at this unique 550 bed hospital. This centre of excellence with all the 3 systems was established in 1982.

The Panchkarma therapy, the Ayurvedic treatment, a dedicated yoga centre and a modern physiotherapy centre are some of the important and unique characteristics of this hospital famous since 1921. Patients come from all over India as well as abroad to make use of its facilities. It is considered as one of the premier institutes in Kerala for the mentally retarded children. It has added the community outreach through having a monthly camp with doctors in various specialities. It also has its own pharmacy and distributes pure and genuine Ayurvedic medicines at no-profit-no-loss basis.

The motto of the Sunethri is ‘Health care sans geographical Boundaries’. The hospital is known for its Autism programme. It has a special research based autism protocol for ASD. The hospital is situated in serene and beautiful surroundings of the Sahyadri Mountains at Mathikunnu, a village about 16 km from Thrissur. The hospital provides medical care specially based on Kerala school of Ayurvedic practices.

This is a fully government funded institution to provide health care in homeopathic system. The doctors are appointed by the government. The hospital provides medicines free of charge to the patient.

Thrissur has the benefit of governmental efforts to provide alternative health care to its people. It has a district Ayurvedic hospital situated on the Shurnur Road, Thrissur central. The doctors provide medicines and patient care based on Ayurveda. The OPD of this hospital does a very appreciative work in providing Ayurvedic care.

There are hundreds of private nursing homes and hospitals in Thrissur providing specialist and general care to millions of people. These are run by private practitioners. They might be expensive by nature but still provide good care to people who can all not depend on the government facilities only.

Some of the good nursing homes are listed below.

This is a 30 bed nursing home that specializes in obstetrics and Gynaecology. It has the distinction of being the oldest nursing home of the area. It is fully equipped for mother and child care. The Nursing Home was established in 1972.