The city of Thrissur is better known as the cultural capital of Kerala, owing to the intense amount of cultural diversity that is still very much prevalent in the city. The city boasts of containing several academies that have been in existence for several years and have been collectively responsible for the promotion and growth of the various performing and fine arts that Kerala is world famous for. 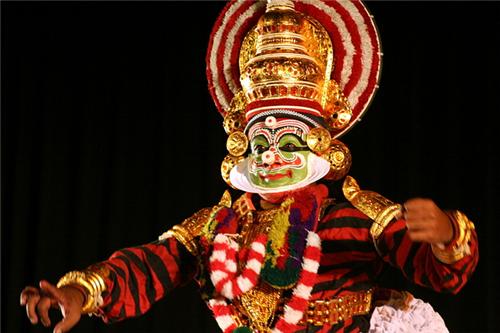 The iconic College of Fine Arts that completed a hundred years in 2010 is one of the oldest of art academies that is present in Thrissur. It is also home to the Kerala Kalamandalam which is the only such academy in Kerala to have gained the highest academic title with respect to art schools.

Let us now look at all the various art academies in detail:-

The Kerala Lalithakala Akademi was set up in 1962, to encourage and bolster the upkeep of the rich artistic and cultural patrimony of Kerala. Based out of Thrissur, it is an autonomous body that is mainly funded by the government of Kerala.

The academy was set up to mainly encourage and provide a platform to showcase the various visual arts such as drawings, paintings, sculptures, graphics etc. and also allow the artists to sell their art to various art lovers from the world over.

The academy organizes various activities for its members such as holding exhibitions to display their artwork, camps, seminars, workshops, special summer programs for children, participation in film festivals etc. Their main aim is to promote the budding artists and give them a platform to showcase their talents and help them grow laterally and reach new heights.

The academy organizes yearly award show wherein it presents awards to the most deserving artists and recognizes their work. These awards are some of the most sought-after since they help in bolstering the confidence of the various artists.

They also have a diverse network of artists who produce custom-made art which the academy ships worldwide. One can avail the paintings from their website and place an order through the same.

The 52-year-old academy also lays emphasis on the promotion of the art of photography and offers various courses to the members in the same field.

The Kerala Kalamandalam that is located in Thrissur, is a school that promotes the various performing arts of Kerala viz. Kathakali, Mohiniattam and Kudiyattam. Started by the famous poet Vallathol Narayan Menon and Mukunda Raja, the academy was first based out of Kunnamkulam in 1930 and was then moved to Thrissur when the then Raja of Cochin sponsored a building to host the academy. The academy has been funded by the Kerala Government since its institution and in 2006, it attained the title of 'Deemed University for Art and Culture' which was granted to it by the Indian Government. The UGC also accredited it with an ‘A’ status which allowed it to be the only such academy in the whole state to attain such an honour. A string of prime ministers including Rajiv Gandhi, Indira Gandhi and more recently, Dr. Manmohan Singh have paid a visit to the academy since its inception in 1933.

In 2004, the UNESCO lent a sizable amount of money to this academy in order to preserve and encourage the art of Koodyattum.

The academy has an old school approach and follows the Gurukul system of imparting education, wherein the students live with their teachers and gain knowledge in the various performing arts.

The academy offers courses in the following disciplines:-

The academy accepts students from the world over and has had a slew of foreign students who have excelled in the various Indian performing arts. 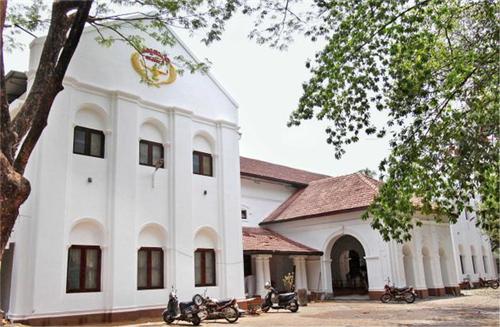 The Kerala Sahitya academy was instituted to promote Malayalam literature and language. Inaugurated by Raja Chithira Thirunal of Travancore on the 15th of October in 1956, it was initially based out of Thiruvananthapuram. It then shifted its base to Thrissur where it operated from a small room in the Thrissur Museum. It then had to be moved again, but this time to its permanent abode in a building that lies close to Thrissur Town Hall.

The academy consists of a council of members who belong to the various diverse branches of Malayali Literature. They are headed by the President, Vice President, District Collector and Secretary and a member elected by the government to represent the cultural department. It also houses a set of standing committees such as the finance committee, treasury, cultural department etc.
The academy conducts a set of activities which are as mentioned under:-


The academy also recently launched a digital library that houses several e-books. It was officially inaugurated by the cultural minister K.C. Joseph on the 1st of November in the year 2012. 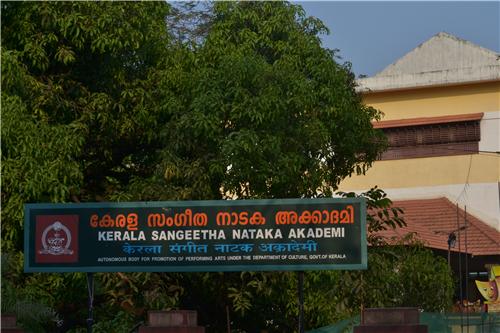 This academy was officially inaugurated in 1958 by the then Prime Minister of India, Jawaharlal Nehru. The academy was set up to promote the various performing arts of the state of Kerala. The academy is said to have been the brain child of the first elected chief minister of Kerala Mr. E.M.S Namboothiripad who felt the need to establish a government funded academy to promote and preserve the various performing arts.

The academy publishes several books on topics such as music, drama and the various dance forms that are performed in Kerala. They also publish a fortnightly magazine called KELI which carries out various information and event details of the academy.

The academy works in accordance with other art promoting bodies that are present in Thrissur like the Thrissur Lalithakala Academy and the Sahitya Academy who help and support it by organizing workshops, seminars, camps, drama competitions, etc.

Its main activities include holding theatre workshops, award functions, theatre festivals, music shows, dance performances like Kathakali and Mohiniattam and collaborations with other countries to hold joint events such as the Afro-Asian theatre festival that was held in 2009.

They finance artists in need of monetary assistance and providing grants to other art clubs and academies to help them organize and conduct various competitions, shows, art festivals etc.

They also sell various cds and dvds of the various dance forms, music and other functions that take place at the academy.

The academy is also a big tourist attraction and it promises to fill your heart and soul with the varied cultural extravaganzas that Kerala has to offer.