Canara Bank is among the major banks in Thrissur, which plays major role in financing developmental projects. This bank was established in 1906, and is one of the oldest bank in India which has its headquarter in Bengaluru, and is one of the nationalized banks of India. Thrissur has around 9 branches of Canara Bank that are mostly located in industrial and economic zones including major areas of city like Thonnurkara, Kulangarakath, etc. Canara Bank also has its ATMs located at important locations like railway station, crowded markets, bus stands, near bank branches, etc to facilitate ready cash to its customers. These ATMs operate 24 hours at these important places. Hence, Canara Bank serves both banking requirement as well as financial requirement of entire Thrissur city. Details of all the 9 branches of Canara Bank is provided in the below list along with IFSC code that facilitates online money transfer. 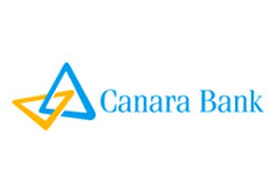 Explore more about Utilities and Services in Thrissur