Business and Economy of Thrissur

Currently Thrissur is home base to most of the very successful leading lights among the South Indian business community. It is the seat of Kerala’s entrepreneurship skills and business acumen. In fact, it has been termed the ‘Golden City of India’ because of its amazing ability to produce about seventy per cent of all the jewellery products in the country on an everyday basis. Thrissur is currently considered the most coveted city for banking and investments, thus, earning it the most lauded little of being the city for ‘Bullion, Banking and Business’ the three indispensible Bs of commerce. Recently it has been declared as one of the most desirable cities for setting up a residence. In fact, it features in the top ten cities in the country, where notable citizens would want to reside. 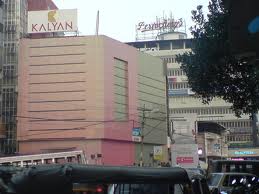 The most interesting fact of business in Thrissur is that entrepreneurship and financial capabilities have been rooted in its traditions and heritage. According to historical fact fifty Syrian Christian families were invited by the King of Cochin, Sakthan Thampuran for encouraging the trade of textiles had been residing in the neighborhood Pandya kingdom where they were being under-utilized. They were established at mass feeding centres called ‘oottupura’. The trust reposed in them was rapid many times over when the experts established the ‘Kuri’ system of financing which was to go on and become the most acceptable and popular mechanism and basis of internal trade in the country.

While textiles were the seat of business in Thrissur, gold was added on as a business enterprise and gradually it became strong in the retailing line. Almost all jewellery stores have an outlet in Thrissur and are the main channel of livelihood generation for thousands of its people.

Another industry that has rapidly become the mainstay of investments is the thriving tiles industry established in Thrissur. It is over one hundred years old. There are about two hundred industrial units concentrating on tiles manufacturing and sales in Thrissur. This is because there several vast deposits of a special clay around Thrissur city that is most suitable for the manufacture of these tiles. The main centres for the manufacturing of these tiles are located at Ollur, Ambalur, Pudukad and Karuvannur. Some of the latest technology for tile manufacturing of world class tiles has been established at Thrissur.

Thus, with textures, gold and diamonds as well as real estate interests, Thrisuur may well be designated the EL Dorado or boom town of the country spelling ‘heaven on Earth’ for most businessmen and entrepreneurs.